The history of the CIP and the results of our research have exposed five main problems with the Community Investment Programme in Camden. Here's how we think they could be solved in future plans.

Only 17% of the net new homes are council homes. Residents understandably feel aggrieved when they have to endure years of building works for flats they can stare up at but not afford.

With new ideas and support for community-led housing and co-ops and new improved grants available from the Mayor of London, the council should be able to provide a much higher proportion of council and living rent homes in its future plans.

Across the CIP the council has £36 million more in surplus income than expected when the projects were first planned. The council should also use some of its additional surplus from the CIP to convert more homes in existing schemes to council homes, as they did on a small scale with the Holly Lodge estate scheme.

This contributes to delays and is the main driver of the displacement of tenants to other council homes. Demolition also means that surpluses from private sales are used up in rebuilding lost council homes and not new housing.

We have compared schemes featuring demolition (e.g. Agar Grove) with those creating new homes on ‘infill’ sites within estates (e.g. Kiln Place in Gospel Oak). Infill schemes come out cheaper, with less delay, and with double the percentage of council homes.

Although there are fewer homes per site on infill schemes, private sales dominate the demolition schemes. With help from residents the council could find a lot more council-owned locations for infill and extension projects.

KEY FACTS
Over 400 council homes are being demolished and rebuilt as part of the current wave of CIP schemes.

When the council puts out PR about the council homes it’s building it never says that a very high proportion are simply replacing those it knocks down.

The council should learn the lessons of its current schemes and work more creatively to build new homes in Camden without demolishing what’s already there.

The People’s Plan for the West Kensington and Gibbs Green Estate in Earl’s Court shows how many homes you can add when you add new wings and floors to existing buildings, and is just one example of a community-led plan in London.

Camden has many low-rise estate homes. A survey by London Assembly Member Darren Johnson in 2015 found that over 2,000 new homes could be created by adding stories to just a third of these blocks.

In a deprived part of Philadelphia in the USA, a campaign called ‘Take Back Vacant Land’ mapped vacant and underused land in their neighbourhood and won a new Land Bank from the local authority, which bought up vacant land and turned it over to Community Land Trusts for new housing.

Read Darren’s report ‘Where can we build more homes’ here.

We’re calling for a People’s Land Commission for Camden to do something similar. This would use local knowledge from residents to find the right places where we could extend current homes and use empty buildings or sites for new council and community-led homes.

Our Neighbourhood Forums in Camden have done some of this work already and have great ideas for spaces like Regis Road and Somers Town which the Council should listen to.

KEY FACTS
The average delay across the CIP is 2 years.

The displacement of tenants in demolished blocks into other council homes makes it harder for new tenants to find council homes in Camden.

Just for projects where we have reliable information on the number of displaced tenants there are nearly 800 years of households living in other council homes due to CIP projects. 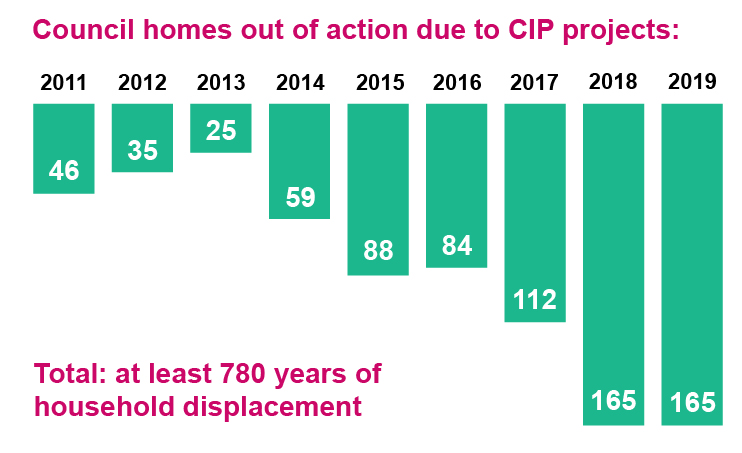 There have been very long delays on the Maiden Lane estate where contractors have cited workforce capacity issues but have continued to pursue other schemes.

This is a particular problem for the bigger demolition schemes, working with bigger contractors.

4. Shallow ‘consultations’ instead of letting communities take the lead

This is a failing common to all too many councils in London when doing estate developments.

Real engagement from the council that really involved local communities in making plans for their area could have avoided controversies such as the legal challenge over its Central Somers Town project where a valued green space is planned for building.

If the local community had been asked, their plan – written by the Somers Town Neighbourhood Forum – for how to reprovide the school and create new council homes in the area would have been welcomed not opposed.

Camden Council has been given more than £300,000 by the Government from its Community Housing Fund, intended to increase local capacity for community-led housing. Camden has said it plans to simply give this to its existing short-life co-ops partner, which is looking at using empty homes temporarily for affordable housing.

However, there are many other things it could do to promote community housing, Community Land Trusts and other new models of building permanently affordable homes.

Green and Lib Dem councillors put a motion to the council meeting on 24 April 2017asking the council to:

“Use the support of the Mayor and the Government funding recently provided to help spread information about community-led housing to new people in Camden, pooling resources with other councils if needed. We also urge the Council Leader and Cabinet to look closely at working with community groups to build truly affordable homes using these new models of development on the Council’s own land in future.” 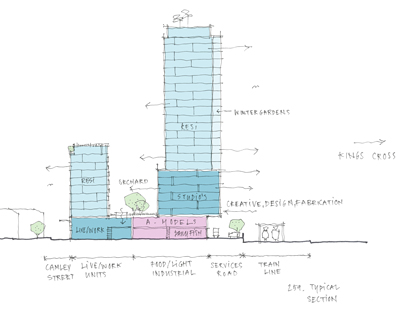 Local communities across Camden are working on Neighbourhood Plans and writing up their vision for development sites and estates in their area. The council should start talking to local residents before it makes plans, and letting them take the lead on the ideas.

The Camley Street area north of Kings Cross has a neighborhood forum and, with local businesses, the group has put together plans to cut out big developers completely and created a Community Land Trust.

The Trust plans to build 600 homes 100% of them rented at London Living Rent along with the current 500 jobs re-housed as well as additional creative and business space. The Trust has institutional long-term finance in place and has sent the Council a formal offer, which includes Camden retaining the freehold and receiving £92 million net present value for the lease. Substantial additional Council Tax and Business rates generated by the scheme would also accrue to Camden.

While Camden expressed interest in the scheme in the past they have refused so far to enter into any further discussion and have not yet responded to the offer.

NEXT: The future – what happens next? >>

<< The big questions – results of our research 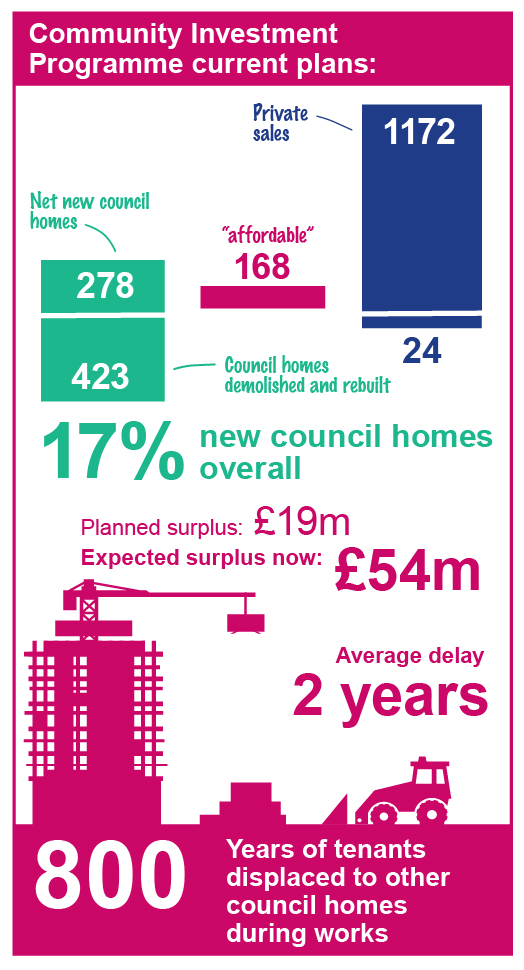 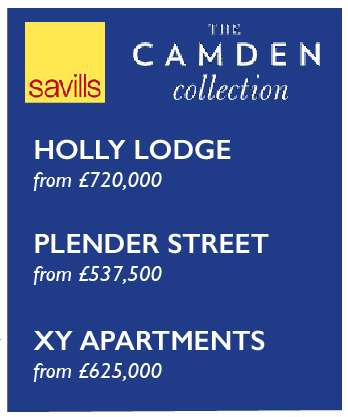 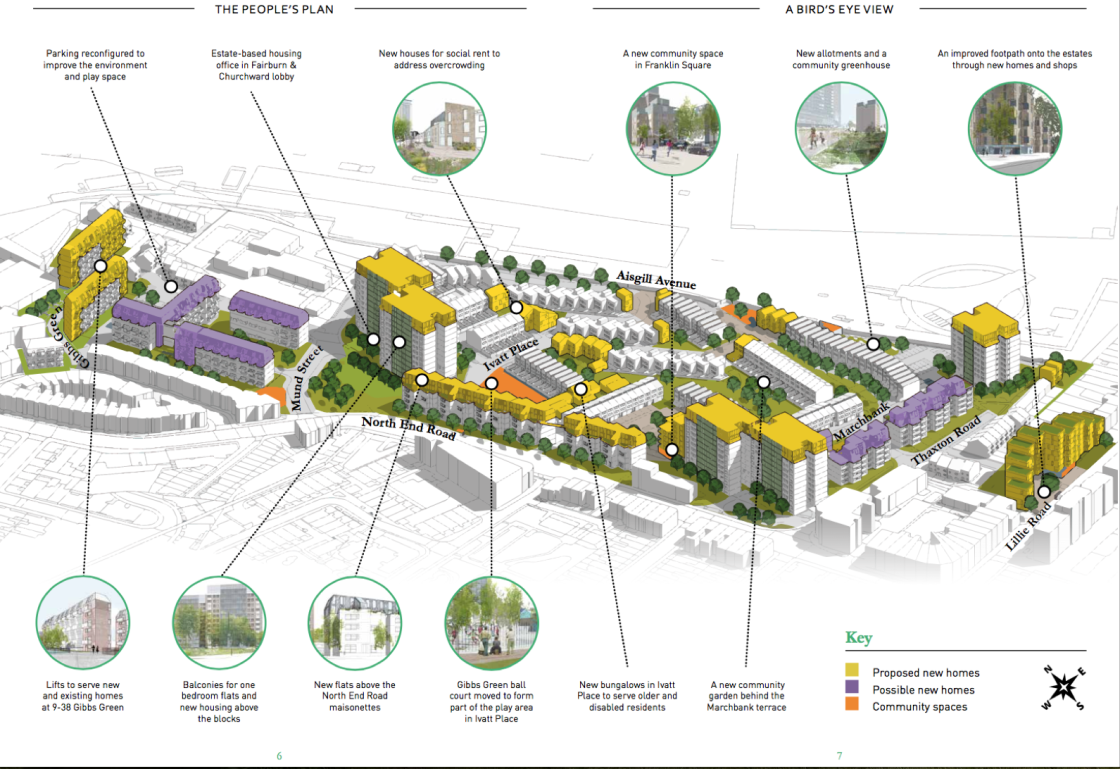 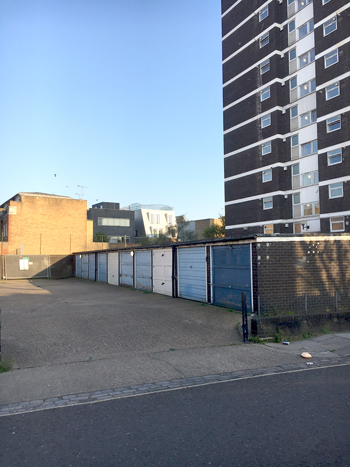 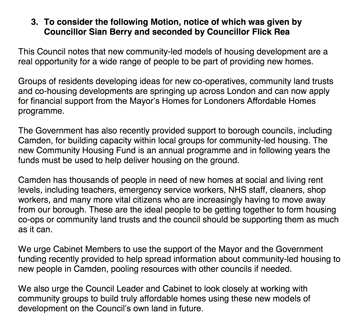